Marshall Beck Posted on August 23, 2022 Posted in In Memoriam 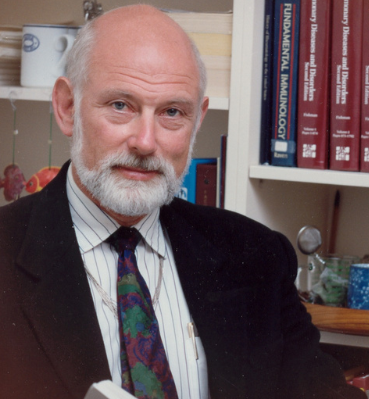 It is with profound sadness that AllerGen shares news of the passing of Dr. John Bienenstock, one if its founding investigators, on July 25, 2022.

He was an active AllerGen researcher from the Network’s founding in 2004 through to 2013 and served on AllerGen’s Board of Directors in 2006-2007.

“His contributions to the field of allergy and clinical immunology research, teaching and patient care will be deeply missed. We extend our sympathies to his colleagues and family at this great loss,” she added.

Dr. Bienenstock was a visionary physician, scientist, academic and a leader at McMaster University. He retired as a professor in 1998 but continued working as a researcher and as director of the McMaster Brain Body Institute at St. Joseph’s Healthcare Hamilton.

He became a Fellow of the Royal Society of Canada in 1992; a McMaster Distinguished University Professor in 1999; a member of the Order of Canada in 2002, and he was inducted into the Canadian Medical Hall of Fame in 2011.