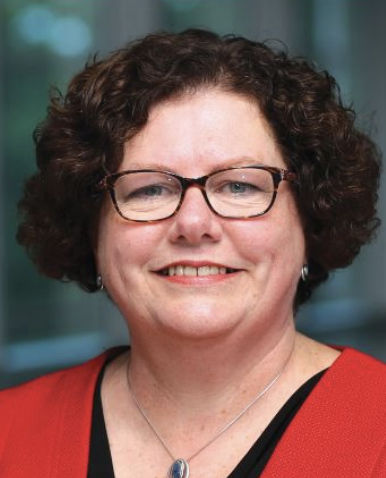 The CSI bestows the award annually upon a Canadian immunologist who is an exceptional researcher and who excels in another, related realm of endeavour, such as teaching, the arts, research outreach, or writing.

Dr. Marshall, PhD, is Co-Leader of AllerGen’s national, multidisciplinary food allergy research consortium, comprising the CanFAST Legacy Project and NFASt legacy initiative. She is a professor and former head of the Department of Microbiology & Immunology at Dalhousie University. Her main research interest is in the biology and function of mast cells in host defense and disease.

In addition to her academic contributions and leadership, Dr. Marshall has dedicated herself to advancing the role of women and other under-represented groups in science and senior academic leadership.

“Dr. Marshall has displayed extraordinary dedication and passion for promoting women in science and in pushing for women to occupy leadership positions at Dalhousie University,” notes Dr. Andrew Makrigiannis, current head of the Department of Microbiology & Immunology at Dalhousie, in the university’s announcement.

“She does not fear to be outspoken on this issue and is persistent in this endeavour. She is an excellent role model for our female trainees and new faculty and they often go to her for advice and mentorship.”

Dr. Marshall also co-chairs a Diversity Task Force as part of Dalhousie’s medical school and she is a member of the Women in Research Caucus at Dalhousie. She is also a strong proponent of interdisciplinary research collaboration and will make this the focus of her keynote address at the CSI Annual Conference in Banff in April 2019.

The Bernhard Cinader Award is named in honour of Dr. Bernard (Hardy) Cinader who is considered as one of the “founders” of immunology in Canada and who was the inaugural award recipient at the first CSI meeting held in 1987.