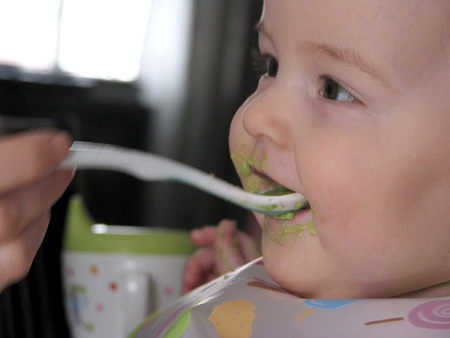 Delaying the introduction of potential “trigger” foods, such as peanut, fish or egg, beyond six months of age, does not prevent, and may even increase, the risk of developing food allergy, according to new guidelines from Canadian pediatricians and allergists. The position statement, issued jointly by the Canadian Pediatric Society (CPS) and the Canadian Society of Clinical Immunology (CSACI) on December 2, 2013, has also been endorsed by the Dietitians of Canada.

Although parents may hold off introducing specific solid foods until the first year or even later—particularly for babies with a parent or sibling who has a food allergy or another allergic condition like eczema, asthma or hay fever—the current best evidence suggests there is no significant protective effect on allergy prevention.

The new Canadian recommendations, which also suggest that mothers should not restrict these foods from their diet during pregnancy or breastfeeding, are consistent with guidelines from the United States and Europe. Additional research on tolerance induction by introducing solid foods earlier than six months, is currently underway. Read the CPS/CSACI position statement.