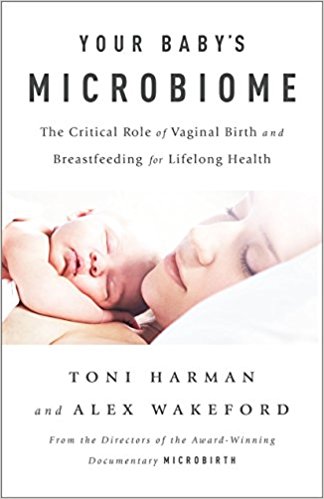 Written for the general public, Your Baby’s Microbiome: The Critical Role of Vaginal Birth and Breastfeeding for Lifelong Health presents the latest scientific evidence on how caesarean section deliveries, antibiotic use and formula feeding may interfere with the critical transfer of microbes from mother to baby. The authors explain how this depletion of bacterial diversity puts infants at increased risk of developing various diseases later in life.

The book draws on research undertaken for the award-winning documentary film Microbirth and was originally published in 2016 in the UK under the title The Microbiome Effect. According to Dr. Kozyrskyj, the authors will also release an online course based on findings from the CIHR-funded Synergy in Microbiota Research (SYMBIOTA) project, which uses data and biological samples from the CHILD Study.

Dr. Kozyrskyj was one of the 12 scientific experts selected by the filmmakers/authors for interviewing, based on her co-authorship of the paper “Gut Microbiota of Healthy Canadian Infants: Profiles by Mode of Delivery and Infant Diet at 4 Months,” which was published in the Canadian Medical Association Journal in 2013 and received that year’s CMAJ Bruce Squires Award for the paper most relevant to clinical practice.